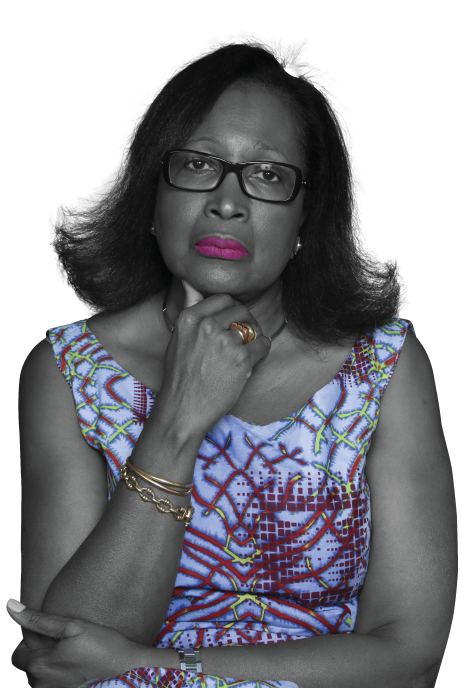 Monique Clesca is the author of two books, both in French. Her novel, La Confession, a portrait of a woman asserting herself after love, grief and loss in a patriarchal society. Her second, Mosaiques, is a collection of essays about women affected by human rights issues. She has just finished writing her memoir Celebrating My Mysteries and an excerpt of it was featured as a Story of the Week by Narrative Magazine and another by the literary magazine Black Renaissance Noire. Her nonfiction, which has been dominated by Haiti, displacement, family bonds, gender and identity issues, has appeared in the New York Times, Narrative Magazine, the Miami Herald, NYU’s Black Renaissance Noire Magazine.
She has honed her craft at the Skidmore Writer’s Workshop with authors Phillip Lopate and Honor Moore, the Iowa Writers Festival, The Art of the Story Writing workshop with editor Tom Jenks and the Atelier Gallimard with author-editor Jean-Marie Laclavetine in France. She has an MS in Journalism from the Medill School of Journalism of Northwestern University and a BA in Philosophy from Howard University.
She has ridden a camel in the Sahara desert, been on a bird safari in Zimbabwe, survived driving into an electric pole fighting off a kidnapping attempt in Haiti, seriously considered moving to the the Andean mountains after her visit to the Inca Citadel Machu Picchu and once ran a film foundation to bring cinema to under privileged school children with Raoul Peck, the famed director of the popular I Am Not Your Negro film on James Baldwin.
She is also an international development expert, now retired. She was awarded the title of Commander in the Niger National Order of Merit and is the recipient of numerous other recognitions for her advocacy work in child and women’s rights in Africa. A national of Haiti, she lives in Miami and Haiti.
If you want to know when Monique’s book Celebrating My Mysteries will come out, kindly visit her website www.moniqueclesca.com, where you can sign up to receive an email when it is released.

20 May 2021
PORT-AU-PRINCE – Haiti is at an existential moment. A perfect storm of corruption, hunger, the pandemic, and a terrifying rise of armed robberies and kidnappings has fueled a sense of desperation among Haitians as a political crisis escalates.[...]